To meet its growth and acquisition goals, Amware Fulfillment needed to manage a maze of carrier rates into a consolidated billing and rating platform.

Adding to the complexity, pricing a typical shipment might involve any number of non-standard surcharges and exceptions. Because Amware’s business model is closely tied to margins on top of its negotiated and renegotiated shipping rates, it needs up-to-the-minute rate data to accurately and profitably offer shipping services. 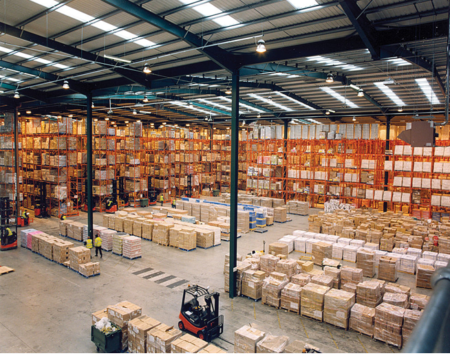 “Our acquired companies had different databases holding the rate data, which meant we had no centralized way of consolidating the billing,” explained Doug Coker, Amware’s Director of IT. “At one point, we were dealing with four different billing systems. Plus, we had to perform a manual update every time a contract needed updating; this was an expensive IT function. This prompted the development of AmTrans, the enterprise platform that now runs the business.”

Developing AmTrans as a Consolidated Solution

TwinEngines was brought in to create an integrated platform to manage billing. The lack of standardized shipping rate data presented a major challenge. Because shipping is still an old-school industry, most carriers don’t support API data exchange, nor has the industry developed a standard data format. Some carriers even list their rates on PDF rate sheets. TwinEngines needed to develop a solution that knew where to find the data, which columns to capture, and in the case of PDFs, needed to parse carrier invoices using OCR technologies.

“Capturing the official rates only got us halfway there,” Mike Losapio, Digital Transformation Leader at TwinEngines, explained. There is a lot of nuance in shipping rates, so we needed to pull up-to-the-minute data from carrier invoices that included billed rates, surcharges, and accessorial fees for a given tracking number, zone, weight, and service level. Adding to the complexity, Amware regularly renegotiated rates and adjusted their pricing schedules and margins to reflect the real-world charges on the carrier invoices.”

Amware’s goal was to automate the invoicing process from an enormous volume of transaction data (26,000 packages shipped each day). In addition to streamlined invoicing, Amware needed to make the granular data transparent and accessible to customers and operations staff.

TwinEngines developed the AmTrans system to pull in the invoice data and, in effect, reverse engineer the rate tables, then marry that data with the negotiated rates to create a dollar amount to charge their customers.

AmTrans uses a web-based UI to manage a range of processes, including invoice import, transit import, rating, export processing, and billing. The system captures carrier invoice data via CSV/PDF to maintain contracted rates for each Amware customer. The data is imported into a normalized format to build a more comprehensive picture of carrier rates and then consolidated with the official negotiated rate tables. 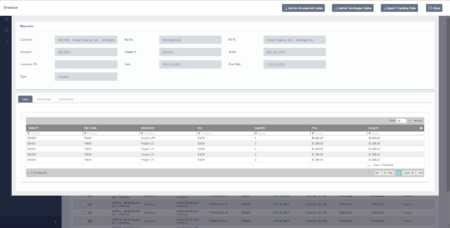 A Self-Service Portal for Customers

Before AmTrans, Amware would email invoices to customers, then manually respond to customer requests for shipping details and transit data. “Amware staff had to download a spreadsheet from their internal system to respond to requests for detail,” Losapio explained. “We replaced the manual process by making the data accessible through a self-service portal. Billing now takes a day to process instead of a week or more.” 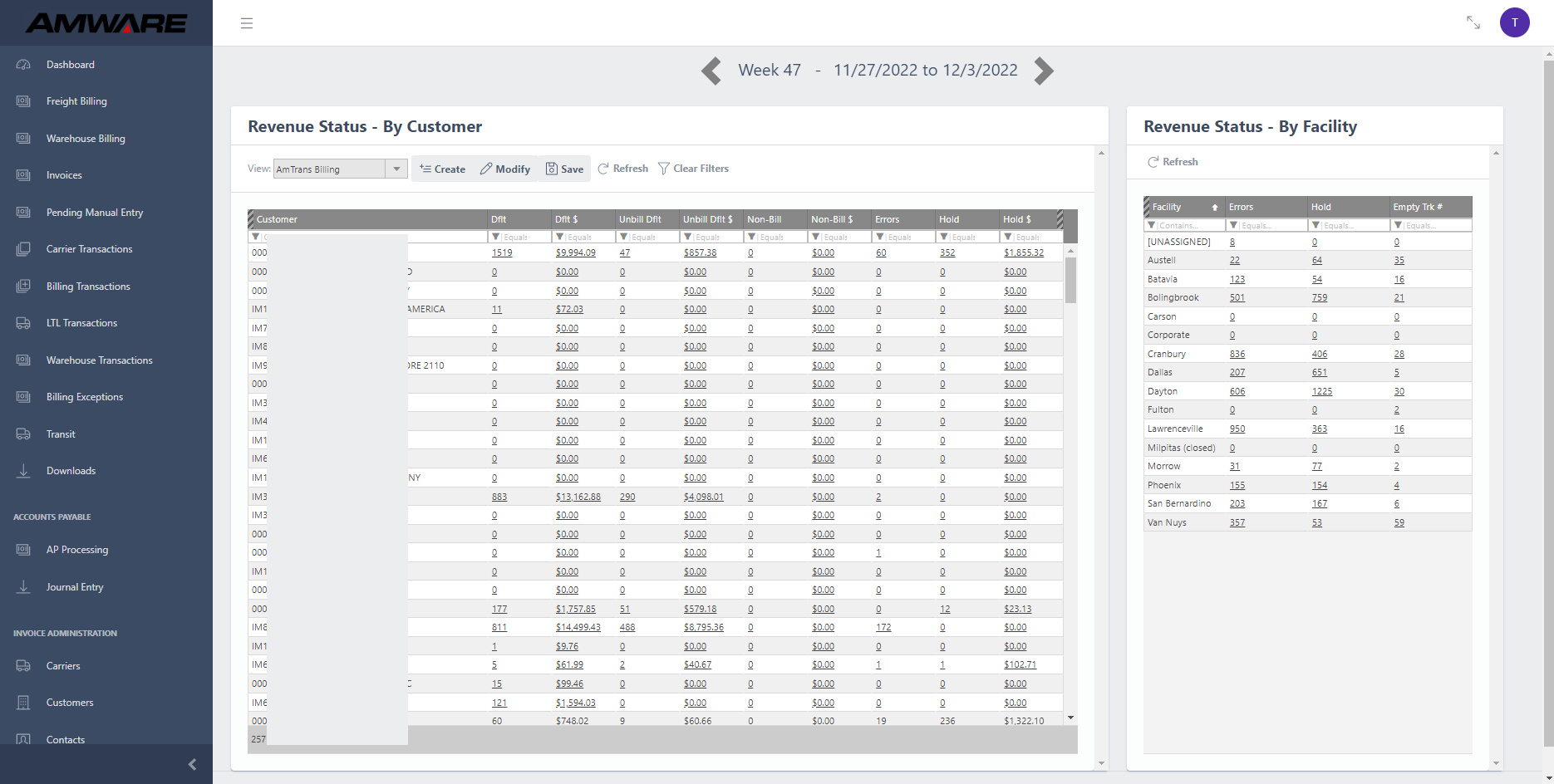 “Billing now takes a day to process instead of a week or more.”

Discuss your operational goals with a digital transformation consultant